The game of craps is one of my favorites at a casino. It always has the most action and comradery of any other game. The idea and concept for playing craps is to roll two dice to establish (a point) and then roll that same number of dice again before rolling a 7.

The first person throwing the dice at the table is called "the shooter" in the game. You can become the shooter by placing any bet on the "pass line" when the dice come around to your turn.

To understand if a new dice roll is going to be established there are markers on the table. If the point has already been made, the circle on the table is turned “off” and the shooter shoots again. It is now a “new shooter coming out roll.” A “come out roll” is the start of a new series and game where no point is made yet.

If the next shooter to roll hits on a 4, 5, 6, 8, 9 or 10, then that is the new established point in a new series (game). The idea is again that the shooter again is trying to hit his point before rolling 7. If 7 hits before a point, everyone losses and you pass your dice to the left player.

The subsequent shooter is doing the identical aspect seeking to make the factor earlier than a seven, simply because the preceding participant. 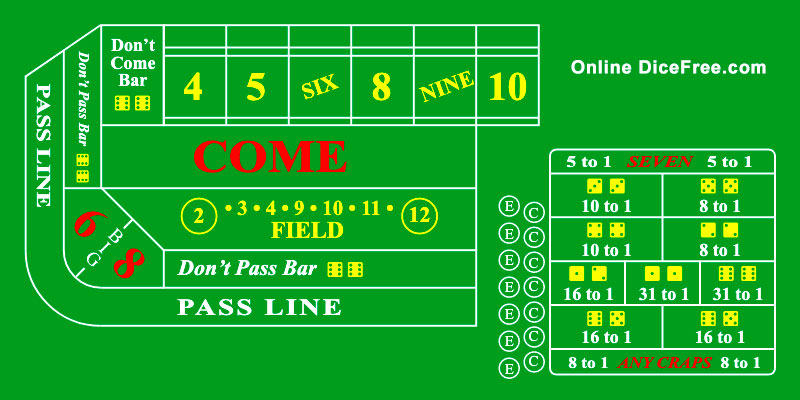